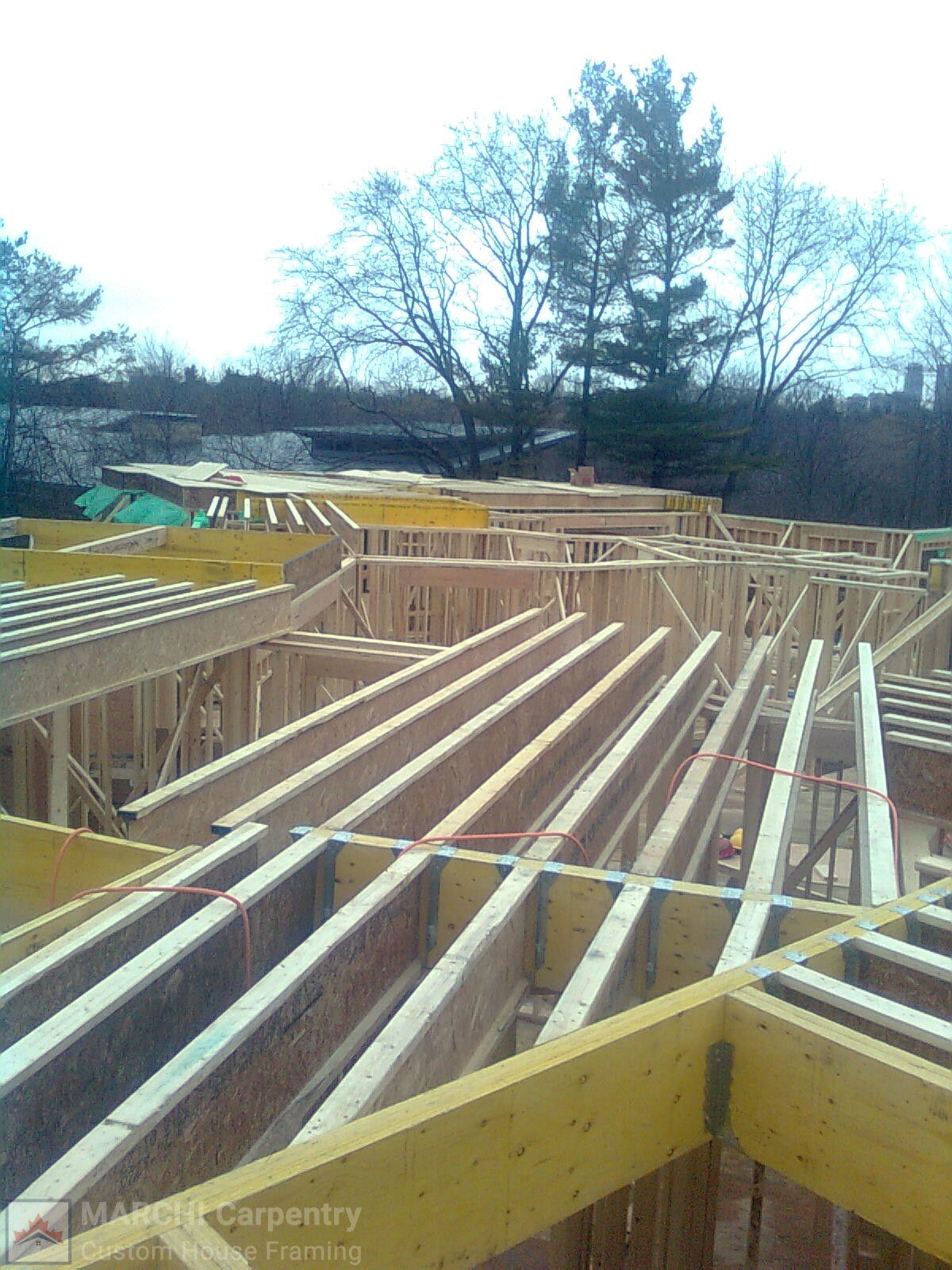 Framing is one of the most exciting phases of the construction process. During the framing phase you will watch the house take shape. Most people get very excited when the framing is done, thinking that the house is almost built. In reality, the house is only about one-third complete.

The framing must be accurate. If the framing is poor quality, the drywall won’t be flat, the floors will squeak, and doors will not close correctly. The job of the general contractor is to make sure the framers follow the plans and the building code.

In traditional platform framing a platform or floor is built on the foundation. The structure is bolted to the foundation with anchor bolts and hold down straps. Walls are placed on top of the floor joists, followed by the roof trusses Traditionally, the floor joists are made of 2×8 – 2×12 boards. However, today the best choice for floor trusses are composite “I” beam joists. They are environmentally friendly using up to 60 percent less wood to make than a solid wood joist and are straighter, stronger and lighter than traditional floor joists.

The subfloor made of 3/4 inch OSB or plywood is attached to the joists with nails and glue to prevent squeaks later on. Using screws instead of nails is highly recommended.. The walls are built of 2×4 studs (2×6 exterior wall are an option). Studs, top and bottom plates, headers trimmers and cripples form the walls (click on graphic above). The interior of the walls will be covered with drywall and the exterior walls with 7/16 inch sheathing (OSB or plywood 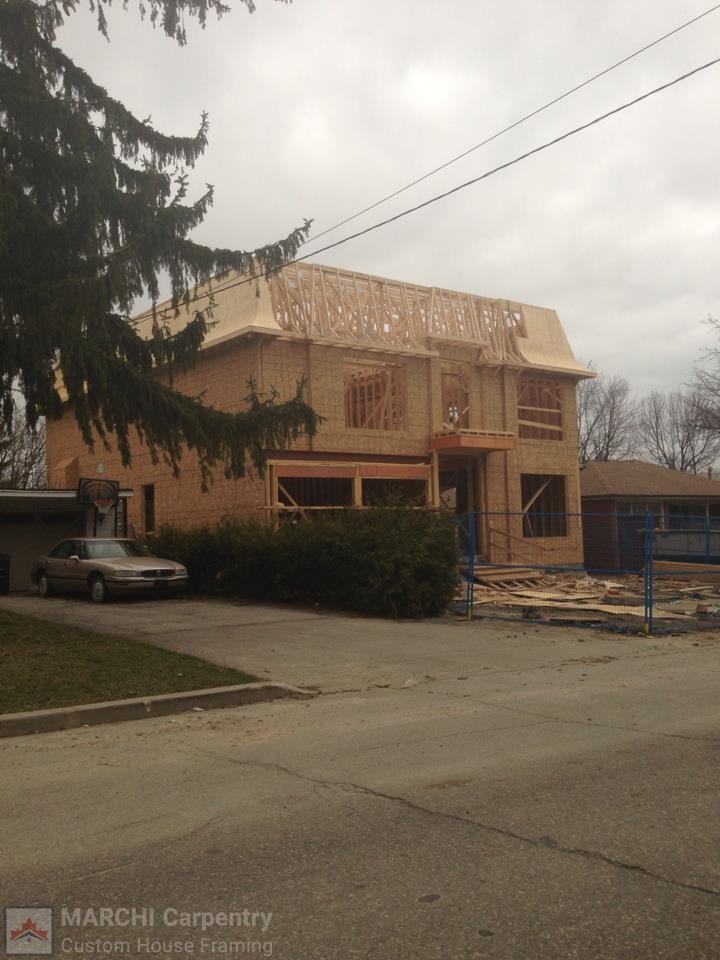 Marchi Carpentry is a team of experienced framers specializing in custom house framing in GTA (Greater Toronto Area). Our services are designed to set your construction project up for success. Marchi Carpentry dedicated team will work with you all the way to ensure that your new frame provides a sturdy structural backup for the home you're building. No job is too big or too small, and we pride ourselves on attention to detail and commitment to customer satisfaction.